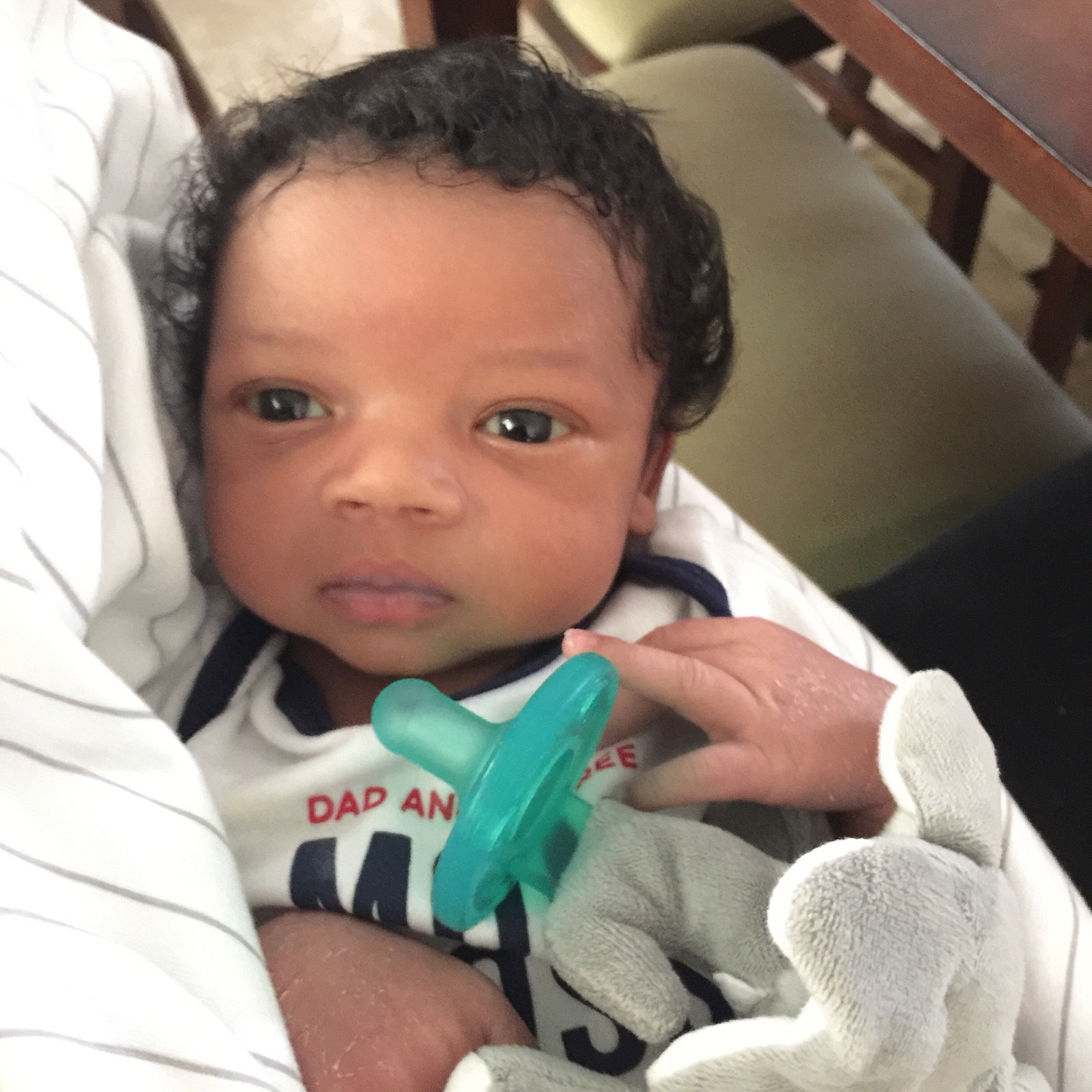 Kenneth Thomas, Sr. welcomed‎ his first grandson and second namesake to the world last month. We caught up with him in Jacksonville, Florida, to see what he told K3 on Father’s Day. Here’s his response.

“I’d tell him, ‘Grandson, I know you have only been on this earth for two days, but I will tell you this story until you can tell it back to me.

It was December 30,1865. To label this day with the oxymoron bittersweet could only be the perfect description. You see, the night before, Jeremiah sat on the ground directly under Miss Lucy’s window. His eyes were swollen, releasing a steady flow of tears. It did not look like he would stop any time soon. Young Master William stumped over to Jeremiah in a rage. He grabbed the slave, who was twice his age, by the collar and shook him violently. “Did you come here at night and peek at my sister when she was alive?”

“Then why are you crying?”

The young master released him and walked away with his own sorrow. Jeremiah’s daughter saw this and waited until the young master could no longer be seen. ‎She took her father’s hand. They walked across the pebble driveway to the small wooden cottage.

The door scraped the brick floor‎ as it opened then closed behind them.

Bernice pulled out a small book she had hidden in the seam of her dress and started to read to her elderly father until he fell asleep in his old wicker chair.

The next day his entire family left the plantation as not property of anyone but free as God brought them into the world. A twenty-mile hike as the crow flies, they came to a sign where a group of disgruntled former slave owners on horses sat.

“What’s your name, boy?”, the lead cowboy asked, as he removed his toothpick.

“Jeremiah what?” he spat on the ground near Jeremiah’s feet.

With anger in his soul, he answered, “Thomas.”

Jeremiah looked at his son and said, “He said boy, tell the man where we headed.”

The Thomas family walked ten steps in the direction they were told when the daughter whispered, “Poppa, we were going the right way. That sign said Florida.”

“Didn’t I tell you which way was Florida?”

“So why did you turn around?”

“We want to go to Georgia now,” Jeremiah said as he smiled and tipped his hat. For miles they walked quietly before Poppa stopped. He caught Bernice’s hand. ‎ “Miss Lucy did a brave thing. She learned you something magical, chile. Your head holds words. Your mouth, share it. You have power for all Thomas yungens. Don’t let people know you can make the book talk or the signs. But make sure you learn our youngens as long as you live.

Then, I’d say, ‘My sweet grandson, K3, you have this power, this gift. Listen for it within you and you will soon make books talk.’
– Grandaddy